“Lo Scaffale” (The Shelf) goes to the other side of the ocean, in Canada, to discover what Jesse Jacobs has to recommend among his latest readings.

For some reason I thought this comic was going to be mean spirited. It is actually really sweet. I was not immediately attracted to the drawings, but during the reading I came to quite enjoy them. I want to read more stuff by Walter Scott. He’s really good.

She Wants to Tell Me by Laura Ķeniņš (selfpublished)

Laura has been a friend of mine for many years but that’s not why I’m including her comic on this list. It’s an interesting short comic, with an engaging story and nice coloured pencil drawings. It’s about two young lovers in Riga, who find a severed ear. It’s about other stuff as well, but the ear part is really cool.

The Inside Case by Michael Jordan (Kabinett)

This is a neat little book. I’m not sure where I got it, and am unable to read it because I can’t speak German, but I like the drawings. I think it’s about some kind of underground government laboratory or something. I guess Space Face Books published an English edition, so I will have to pick that up.

I attended the Colomiers Comics Festival in November, where I was lucky to be able to see an exhibit of Debeurme’s work. He doesn’t seem that well known in North America. I had seen his drawings before on the internet, but didn’t realize how awesome his stuff is. This book is so bizarre and interesting. Beautiful artwork and compelling story. I love those really long arms. 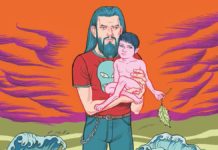 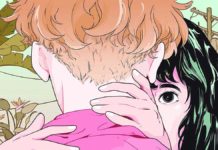 I 5 migliori fumetti pubblicati a marzo 2020 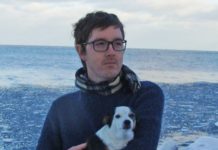