John Cassaday‘s drawings are very different from John Cassaday’s personality. Where the drawings are gorgeous but rigorous, almost intimidatory, the man is laid back, with an easy and straight-foward talking approach. He went from Planetary to I am Legion, from one of the best X-Men run (Astonishing X-Men, with his pal Joss Whedon) to the Star Wars revival – he even directed – and now he’s one of the most prestigious name within the comic book industry. We sat down with in Lucca, where Panini Comics brought him as a guest, to talk about his career. There aren’t much interviews with you on the web, so I was wondering: how did you start this job?

I essentially broke into comic books in 1996, when I took a portfolio of artworks to the San Diego Comicon. It was my the first one that I’ve gone to. I grew up in Texas and I had gone to conventions before around there when I was younger but there wasn’t really much anyone to show anything to, so my first big convention was San Diego. I took a portfolio there and showed around and met with a few editors from Dark Horse and I heard from them very quickly. So I started there.

Did you read comics when you were a kid?

Nothing from South America? You have a certain vibe that resemble argentine artists.

No, but I guess I have some “elsewhere” feel. When editors from French and Europe would approach to do some projects with them it was because they thought I was European or from somewhere else. They saw something else in it as well.

Many comic book artists are influenced by great illustrators. You always quote N. C. Wyeth as one of your inspirations. Nevertheless Illustration and comic book are very different mediums.

But they’re not. They are very similar. They are cover artists. Look at the work of N. C. Wyeth. He would do illustrations for all the classics, Robinson Crusoe or Treasure Island, ten or twelve paintings for the book throughout it. Each of them tells its own story. Or, he might pick a moment that’s hinted in the story but you don’t see, you don’t read it about in the story. Like, in Treasure Island the young boy mentions that he left home, found the ship and then went on. But he doesn’t talk about leaving home. One of the paintings of the book is him leaving home with a backpack over his shoulder and his mom is in the window crying ‘cause he leaves, so Wyeth fills in that moment. They were storytellers in the same way, they were just doing it in a single image, but trying to explain more than that single image. In preparation for this interview I re-read one of your first Marvel gig, the X-Men/Alpha Flight miniseries. You had a very different style but you were doing thigs that you are still doing today. When you look back at that work, do you feel like it was made by a different artist?

It’s hard to look at old stuff, but, you know, when I did that it was very much a tribute to the old Chris Claremont/John Byrne stories and all the old X-Men and Alpha Flight issues, so it was kind of a tribute to that but also infusing me in it. And I was very new to the business so I was still learning and still soaking everything in. There’s about two or three years when you begin and every two or three issues of something you do, whatever it is, you suddenly go “Oh, I haven’t done that before. Okay… Woah”. I have done a western series, Desperados, that’s one of them. You look at the beginning of that and… I can look at number one, I can llok at number five and I can see a big jump. I can look at Planetary, I look at the first twelve issues of Planetary and see a progression. I don’t know if it was me finding me style or not, but I was becoming more comfortable in what I was doing telling that story.

I am Legion was another work where you drifted from your usual style.

I was doing that because the script was so dense! There was a lot to tell and I literally had to be sure I got all the information in there so normally it would be more room to breathe and more room to play. I only had so many pages. It was just a matter of the story being more dense and the fact that I had to put more on each page.

Frank Cho said most writers can’t write action scenes and that comic book should be an artist-driven medium. I was wondering what’s your take on that?

I don’t know if I agree with that. It depends on the writers. It depends on whom are you working with, and I work with very visual writers. And they know how to tell a story. I simply have to direct that story. I’m the director. I’m choosing the shots and the performances and everything else. But with a good writer it should all be there. I read the script and I see it. It’s that simple. I read the script and I see it.

So you don’t think writers have to relay on you to complete the picture?

Well, they have to. But, again, it depends on the people. Some writers have to write double the amount to get the information to an artist, because they are just different people. Some writers can write very little and the artist has it, just done, it’s good. And the people that I worked with have fallen in the second category, they keep it pretty simple and I take it from there. I guess on Star Wars you had the challenge of maintaining the photorealism (in some shots it seems to me that you used photo as references). Any fear of the uncanny valley effect?

Well, anytime you have to reference something it’s an added complication. It’s a challenge, you try to find not only the right faces and try to make them look like them but also you have to make sure that they are saying what they are saying. But the Star Wars experience in general was different. Once we were all the team together, we all took a trip to Skywalker Ranch, to Lucasfilm, and we had meeting with the committee of people who are working on the canon stories, a group that make sure that all the pieces are cohesive and linear. We explained them what we were going after and they told us “You might wanna think about this or that/that’s fine/whatever/we’re gonna be doing this with that character, just know that we are gonna do this and that, in case it could interfere with something”.

You have worked as a concept artist and a director on tv series. Is your process the same when you’re dealing with choosing shots or telling the story?

At his primal basic, yes, it’s the same. But when you’re directing you have a whole crew around you, instead of drawing something you have to explain to actors what it is, you have to explain to the cinematographer what it is, to the production designer, you can’t just draw it.  And then, when you’re on set, you have to make sure that everybody is doing everything at once the way you want it. But essentially, you have a shot and you know in your mind what you want. And you keep going until you get it. But it mostly just getting used to work with a crew. Like, I was designing everything and they were like “No, they do it down there”. So, I’ll have meeting about design it and I would say “Here’s my drawing”. I’ll go to the director of photography and I was like “Here’s some storyboards”, but mostly there was no time for anything, you just had to go, have ideas in your head and go go go. I think comics are easier and harder at the same time, they both have their good and bad sides. But in the end I love them all, it’s storytelling, what’s happening, what happens next. It’s all there to me, and a lot of what I do with comics is very filmic and very storyboard-y, it has a fluid sensibility. To me it was a natural thing to do that work as well. You made into the comic book canon with Planetary, but do ever think about what are you best (or worst) works?

Ah, you know, things are most proud of, Planetary, Astonishing X-Men, Star Wars…

Were you aware that Planetary was going to be such massive project?

I was sort of aware at the time. I know we were doing something special. It felt special to me as a comic book fan and reader, and a fan of old pulp novels, old movies, we weren’t just tackling the idea of old comic and old icons, we were going for everything. We were dealing with Honk Kong action movies and John Woo films and various filmmakers and just attacking the world of science fiction in general. It felt unique even then.

And do you look at that as a burden in some ways, meaning that you look at your future projects asking youself if they are gonna be good enough?

I don’t specifically think “Oh, this is going to be like Planetary” because that’s a tough goal to achieve and for something to be like Planetary it would have to be pretty impressive. When I make a decision to do a project it’s a long and hard thought out process. I’ve very choosy about what I do across the board.

Do people approach you even for non comics-related projects?

Yes, but you have to be very careful about that directing gigs because it’s a lot of work. So if you choose to do it you have to be passionate about it. Design work and production design-wise, I don’t usually do that. Watchmen was very special and I’m occasionally asked to do something down the line, but I don’t like to be a cog in the machine, I wanna be in cockpit, I don’t wanna be deep down in the machine of it. It’s an amazing work and a lot of people are fantastic at it, but it’s not very exciting to me.

When you look back at your career do you see a big plan? Do you even think about that?

Almost everything I’ve done, I made a lot of decisions and they all fulfill a sort of dream in a way, whether I’m doing Planetary, which fulfill my love of retro-science fiction, old movies, old pulps, old radio shows, old characters. And this was a way to channel that into something special and unique and seemingly new to that audience. When I did X-Men, I grew up loving X-Men so that was another dream come true and it happened in a really good way with Joss. Same thing with Star Wars – getting to do it in that way, it was the first Marvel book of Star Wars of the modern age and it was canon and it had a terrific writer. The broad strokes of what I’ve been able to do so far in my career sort of answer that question of a certain dream. But I have a lot more other dreams. A gazillion other dreams. 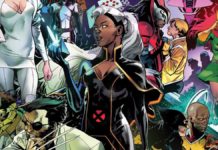 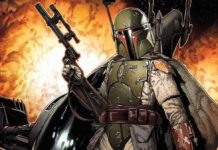 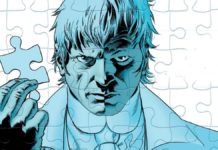 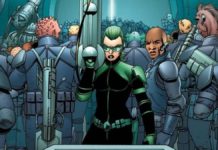 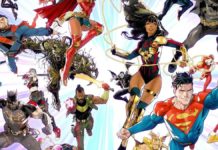