This Sunday I’m out with Mike Diana, comic book artist most famous for Boiled Angel. He is the first cartoonist to receive a criminal conviction in the United States for artistic obscenity. His story was told in various outlet, last year The Trial of Mike Diana, a documentary directed by Frank Hennenlotter recounted his battles. Also look out for the long awaited Boiled Angel box set on his website. This is Horror of Mixed Torsos, from Dark Mysteries #13 (August 1953), drawn by Dick Beck.

I was born in New York State but the family moved to Florida in 1978. I would sometimes go to yard sales around the neighborhood within a few blocks of my house anyway. One of these sales I discovered a pile of original wacky packages stickers. Well one yard sale had a stack of old comic books. The ones with only ten cent cover price. They were funny animal type comics. Not really the kind I was excited about. I would buy the recent comic books at grocery store. But I had never seen the old pre-code horror comics or even knew they had existed at this young age of 10. So as I thought about if I would pay my 25cents on a old comic, I didn’t even know the price. Then an old man who lived at the house who I noticed sitting in the garage on a beach lounge chair, yells “take ‘em, take the whole stack, get them out of here. So I just took the stack and felt like I should get out of there fast before he changed his mind.

So I got home in the privacy of my own room and started to look through the stack. My heart jumped with excitement when I saw the horror comic book near the bottom of the stack. That cover art with prisoners and the severed but seeming to be alive leg in chains. Well I was so excited to open it up and finding out what was inside of this new discovery. So what did you discover?

When I first saw the cover I was amazed and excited to look inside. I opened it up and was shocked that the first page was so bloody, so gross, and I suppose I never realized such a thing could even be drawn much less printed in a comic book. The story was unsettling, the Igor type guy gets the torsos of dead bodies mixed up. He ends up killing a couple and he mixes up the torsos and that apparently causes the dead to rise for revenge. You can imagine as a kid, and still, love that kind of senseless story.

Did the story stick with you? Was it the spark that light up your future works?

It did have a effect on my art. I started to draw my own monster and gore comics. I had been drawing my own comics for awhile. I had a spy named Povile. “Povile the Spy” it was called. And Corky, he was made from a cork, with straight pins for arms and legs. These comics were not bloody. I was dying to see more pre-code horror comics, I would have to wait another year before I found a mail order comic book catalog with an old horror comic section.

The page you chose is a real punch in the stomach. Could you talk about it?

It seems to me to be a well thought out page. Starting off right away with gore on the first page is impressive to me. The EC comics would have the main mind-blowing gore panel on the last page. This one I believe competing with EC or just inspired by EC horror titles seems to want to top them or go a step further into the extreme. It is well drawn, some thought and feeling have gone into it. A good amount of the old horror comics were junk, some poorly drawn and written. I like them still for what they are. And then the comic book code was introduced and killed the whole horror comics industry. Can you imagine towns gathering to burn horror comics to “save” their children, to keep them from becoming delinquents.

How did your parents reacted when you developed a fondess for that comic?

At the time I did not show my parents. I don’t think they would have taken it away but I just felt like it was good as a secret, I suppose. Like it was more exciting that way. Finally in 1982 a comic book shop opened up in Largo so I ended up discovering the EC horror title reprints and those really blew my mind because they were such high quality in story and art. And then by way of heavy metal illustrated magazine in 1984 when I was 14 I sent away for a underground comics grab bag. From kitchen sink press founded by Dennis kitchen who later would be the founder of the cbldf comic book legal defense fund. I had to sign a age statement that I was 18 even tho I was not 18.

Did you share your love for those comics with your friends?

In high school I bought some of my underground comics and the kids actually had opposite reaction than I did. They told me I should not have that adult material. I realized none of them had seen anything like this before. After that I kept it to myself.

Do you feel that this page “made” you as an artist or your body of works would be later influenced by others?

I do feel that that first horror comic page did set the future of my art. Wanting to be extreme and top what I drew the day before. My thinking was that if in 1950s they were drawing that stuff and in 60s underground stuff then me in the 1980s should be doing the next level. So I looked at my surroundings in Florida and so my art is all about serial killers and religion gone bad mixed with the sick 50s horror . And the sex of the underground titles I was a fan of. I like to think I was able to influence others with my art to draw what ever the hell they feel like. Freedom is what it’s about. And influence the artists in future times, don’t lose your rights.

This influence thing is really interesting. On a technical side, your style of drawing is rather different from the books you influenced you (meaning, very detail artworks, while your pages have a fairly simple construction). Was it a deliberate decision or did you just feel that that way of drawing was more in sync with your sensibility?

Since I started imitating the pre code horror comics I would find I was still young and developing my drawing style even though I did not realize it at the time. When you are young you tend to draw more simple. But later on in teenage years when I was trying to get more serious about drawing comics I grew to embrace the more simple form. Just concentrating on the energy of what abuse or whatever without cluttered background I didn’t need to draw every end table or draw every Appliance in the kitchen. It didn’t matter. One of my first comics that got published was called Head Stomper, It was an obscure underground horror video zine called Festering Brainsore. From upstate New York. I had submitted my art to some lame mainstream horror magazines and got rejection letter. So I was excited to be published, I later would do a couple covers for the zine. So in the issue that came out after the issue my Head Stomper comic came out in, there was a letters to editor section and a reader wrote ,”I found the head stomper comic especially disturbing, it left a bad taste in my mouth for days after, that guy is going to make a name for himself.” I took that as a compliment. This was back in 1988 just a year after I graduated high school.

Also, like you said, you create a style that people like Johnny Ryan or Benjamin Marra are using nowadays. Do you have the sense of having created a legacy?

I do hope I was able to influence others with their art, taking it in different directions, many have mentioned that I made them not afraid to draw what they wanted or inspired their artwork. People I don’t know, and if I go to a small town somebody comes up to me telling me how I helped them through a hard time growing up in small conservative town with strict parents. It is difficult to put into words how honored I am to have been able to do that, I don’t know how I did it, I guess just by being a true artist. I did art because I need to do it. Even if nobody was to see it I would continue making it. These days it is so amazing all the artists doing cool works and getting it out there by Facebook or Instagram and those things. I was influenced by Basil Wolverton and then the 1980s mini zine artists like Roy Tompkins, Bob X. Those guys were like, screw it, just draw crazy shit. And they were about ten years older than me but influenced by the topps ugly stickers and Flintstones cartoons reruns on tv as I was. 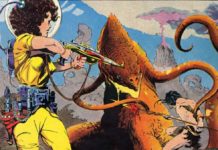 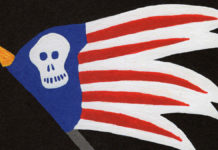 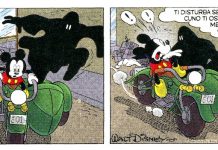 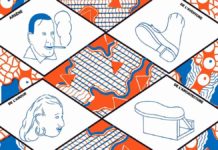 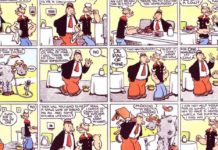 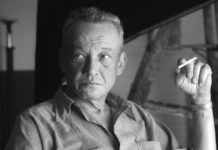