This Sunday I’m out with Paul Kirchner, author of Dope Rider, Murder by Remote Control and the bus (the longest strip ever published on Heavy Metal). In the 80s he worked on such comics as He-Man, ThunderCats and G.I. Joe. He’s an illustrator, a toy designer and his most recent work is Strange Trip, an autobiographical story published by The Boston Globe. The page I would like to discuss is page 4 of Wood’s Wizard King, partly for its quality and partly for sentimental associations.

Early in 1974, I started working for Wally Wood, or “Woody” as he liked to be called. Woody was a manic-depressive who went through up and down periods. Shortly after I began assisting him he began working on “The Wizard King,” a fantasy story he had been thinking about for a number of years. He was in an “up” period and had sufficient energy to embark on the project. In order to get backing from a publisher, he finished the first four or five pages. He showed them to Steve Ditko, who declared that page four was probably the best page ever done in the comics medium. This pleased Woody greatly.

I agree it is a great page. While I admired Woody’s early work for EC Comics, I found a lot of it overworked and cluttered. This page has a great deal of content–interesting scenes and action–and a lot of detail, but not too much. The use of light and shadow to create depth in the first and fourth panels is striking. The eye is always brought to the important element in the frame.

Wood used to say that you had to be able to do certain things to be a good comics artist: you had to draw good heads and hands; had to “spot your blacks”–that is, to use black to give the elements dimension and depth; and had to give the page a certain overall “look.” I think this page has that look. And when I look at it, I remember the good times with Woody when he was enthusiastic about his work.

According to you, what made Ditko said that this was the greatest page ever?

One of the things I like about the page, and perhaps Ditko did also, is that it has a self-contained quality. Odkin enters in the first frame, he has an adventure, he reaches his destination, and he goes to sleep. There is a whole story right there. I always find it pleasing when a page has a logical beginning and end, though of course that is not always possible in the middle of a story.

It’s hard for me to guess what made Ditko praise the page as he did. I love his work on Spiderman, Doctor Strange, and the pre-superhero Marvel comics, but I never felt he gave much thought to the overall look of the page. Each panel stands alone. When I was assisting Woody he was inking Ditko’s pencils on “The Destructor,” but I never met Ditko. Woody would arrange for him to come by after I had gone home for the day, as he was reclusive and didn’t care to meet fans.

Do you think that Wood put the same efforts in his Daredevil gig?

I thought Woody did a fine job on Daredevil, but he didn’t really care about superheroes and it’s hard to put forth your best efforts when your heart’s not in it. He loved the sword and sorcery genre and did some beautiful stories for Marvel and Warren publishers. The Wizard King was a labor of love for Woody and he really put his heart into it, especially on the first half-dozen pages. 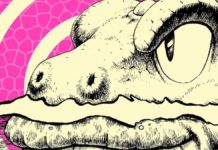 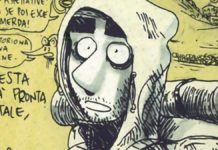 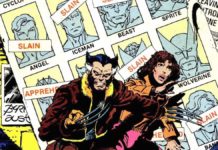 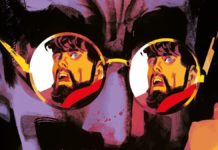 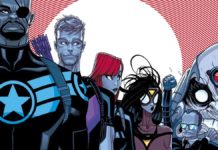 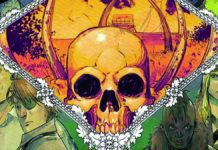 I fumetti di saldaPress in uscita a luglio 2020