“No one has had more of an impact on my career and everything we do at Marvel Studios than Stan Lee. Stan leaves an extraordinary legacy that will outlive us all. Our thoughts are with his daughter, his family, and his millions of fans. #ThankYouStan #Excelsior!”
–@Kevfeige pic.twitter.com/s4Kmt6Rn5J

Stan Lee was an icon and for many people, the face of comic books. His passing brings great sadness, but I take solace in knowing that what my grandfather, Stan and so many others like them gave us, will continue to inspire both young and old across the globe! RIP Stan. pic.twitter.com/b41IRBU3lY

Today, we pause and reflect with great sadness on the passing of Stan Lee: https://t.co/J0cwgdn677 pic.twitter.com/eOBdZAqdZ0

He changed the way we look at heroes, and modern comics will always bear his indelible mark. His infectious enthusiasm reminded us why we all fell in love with these stories in the first place. Excelsior, Stan.

Saddened to hear the news, R.I.P. @TheRealStanLee. Our thoughts are with his family & friends. #excelsior

We are deeply saddened to hear of the passing of Stan Lee, a legend in our industry.

Our thoughts go out to his many fans, his friends, and family. Excelsior. pic.twitter.com/WU1s2RR6Mb

Today, we lost a real-life superhero. Stan Lee, thank you for everything. pic.twitter.com/zH6YIlslnx

Comic book creator @TheRealStanLee has passed away at the age of 95. Lee served in the #USArmy Signal Corps during WWII from 1942-1945. We are deeply grateful for his service to our country and for his tremendous support to servicemembers. #Excelsior! pic.twitter.com/P9tdwoxxx2

Stan Lee created some of the most incredible and enduring characters of our time, and he chose New York City as the place to tell their stories. On behalf of his hometown, I want to express our deepest condolences to his family and loved ones.

I was first interviewed for Stan Lee's obituary about 20 years ago. I was happy he defied the reaper and carried on. With Stan gone, an era really does come to an end. He was the happy huckster that comics needed. And he really did alliterate like that when you talked to him.

Devastated by my pal Stan's passing. He was a childhood inspiration, an instructor to me when I was just getting started and a genuinely sweet man. Will miss him terribly.

RIP @TheRealStanLee He made everyone feel like a kid in his presence no matter what your age. pic.twitter.com/JYeWXq8iKb

"And now, until we meet again, may the blessings of Asgard be showered upon you!" – Stan Lee, Balder the Brave

Thank you for sharing your genius and your heart with the world, Stan. pic.twitter.com/uMjipTmyY6

Stan Lee changed my life not once but twice. First when I was a kid and realised the superheroes I loved in comic-books and on TV could actually be a job. Then he did it again when I was working at Marvel and he convinced to start my Millarworld company.

STAN LEE died a little while ago! We should all have been prepping for the eventuality, but it's still no less a shock to the cultural universe—especially to me because he was my mentor and we've stayed in touch more than 50 years! It's the END OF AN ERA! RIP, my old friend!!!

My very first professional comics gig was a variant cover that Stan signed every copy of. Hell of a way to enter the industry. An industry that #StanLee shaped into what it is today. An industry I love. Thank you, Stan. You’ll never be forgotten. #RIPStanLee pic.twitter.com/n4fsC3YGMy

No writer or their work has ever had as profound an effect on my life as that of Stan "The Man" Lee. In the history of the written word, no one even comes close. His stories will live on for every generation. Never "The End". Always "To Be Continued…"

As I'm sitting here trying to put words in the mouths of the characters he made immortal, characters that have literally changed my life, all I can really come up with is: Thank you, Stan.

An age has passed. My friend, my first boss, my—mentor, has moved on to join his beloved wife. We all knew this moment…

R.I.P. Stan Lee. We have lost a Titan of Creativity and Industry. These are my last photos with Stan, taken in August. I…

A few more thoughts about Stan.He was a controversial figure, yes. I credit him with more of the creation of Marvel…

Well there it is. Goodby Stan LeeWe all saw it coming but still–For those of us who grew up reading Marvel…

Stan Lee is the reason I love comics. Words cannot capture the effect he and his work left on me. He was loved, and will be sorely missed, but his impact will last forever. Excelsior.

This is how I’ll always see you, @therealstanlee: as our benevolent leader and king, smiling down from your eternal throne on the generations of imaginations you fed and inspired. You were the first creator whose voice I knew before I’d ever actually heard it. You dreamed up some of my favorite modern myths and created characters that instilled in me a moral barometer, teaching me right from wrong and showing me it’s always better to be a hero instead of a villain. Your characters represented us: yes, they had extraordinary, unbelievable abilities, but they were also reflections of a world we knew, where a Spider-Man is really just a boy who wants to help. You showed me how to interact with the audience whenever you stepped onto Stan’s Soapbox to reach out to the readers. You showed me how to advocate for my field beyond the actual art itself whenever you tub thumped for comic books outside of the medium. It was never enough for you to simply make a comic because you were a true salesman at heart. So you not only sold comics, you sold me *on* comics – so much so that I built a life and career around your dreams and ideals. When you did Mallrats with us, you not only made a lifelong fan’s dream come true, you also lent me comic book credibility that I still get to spend today. And whether it was for @comicbookmenamc or @yogahosers, whenever I asked to borrow your heat again, you were always there for me with a smile. Your love story with Joanie and your long, happy marriage always shined as an example of what I wanted for my personal life. I long admired (and emulated) your kindness and patience and sense of humor when dealing with your public. Outside of my parents, you were the one adult who gave me the most useful life skills I still use today. Thank you, Stan, for making me not only the boy I was but also the man I am today. You had great power and you always used it responsibly, fostering billions of dreamers who all know your name – a name written in the stars for all time. You were not just the literary titan of comic books, you were our modern day Mark Twain. I will miss you all my days, my friend and hero. Excelsior forevermore. #KevinSmith #StanLee

No one has had more of an impact on my career and everything we do at Marvel Studios than Stan Lee. Stan leaves an extraordinary legacy that will outlive us all. Our thoughts are with his daughter, his family, and his millions of fans. #ThankYouStan #Excelsior!

Stan Lee created a universe where, if a character was beloved enough, they could never really die.

Thanks for so much of my life. You’ll never not be in it.

Not enough kind words to post about my dear friend @TheRealStanLee
My life wouldn’t be the same without his incredible talent as a creator, storyteller and friend 👍🏽

His contribution to Pop Culture was revolutionary & cannot be overstated. He was everything you hoped he would be & MORE. I loved this man & will never stop missing him. They say you should never meet a childhood idol. They are wrong. #RIPStanTheMan pic.twitter.com/6OKH07ahJg

We’ve lost a creative genius. Stan Lee was a pioneering force in the superhero universe. I’m proud to have been a small part of his legacy and …. to have helped bring one of his characters to life. #StanLee #Wolverine pic.twitter.com/iOdefi7iYz

Overwhelmed with love and gratitude for the late, great hero, Stan Lee. Rest In Paradise. Thank you for your imagination, creativity, tenacity, inspiration and love!!! https://t.co/4WqHCtDXE1

Damn… RIP Stan. Thanks for everything. pic.twitter.com/TMAaDJSOhh

There will never be another Stan Lee. For decades he provided both young and old with adventure, escape, comfort, confidence, inspiration, strength, friendship and joy. He exuded love and kindness and will leave an indelible mark on so, so, so many lives. Excelsior!!

Thank you @TheRealStanLee for the escape from this world & great joy inhabiting the ones you created!! You made so many believe in the good, the heroic, the villainous, the exciting, most of all, you were giving & gracious to us all. RIP

Thanks for everything Stan Lee! What a life, so well lived. I consider myself extraordinarily lucky to have gotten to meet you and to have played in the world you created.
🙏♥️ pic.twitter.com/ryUjG7PL8D

It’s with great sadness and respect that I write this note! I loved Stan Lee and was honored to be in Nick Fury and the Guardians Inferno end titles song with him. He is what America is about! A true Hero, Inspiration and the ultimate Gentleman!! #stanlee #marvelcomics #nickfury pic.twitter.com/2JcO6cX35j

What a man. What a life.
When I first broke into Hollywood, he welcomed me with open arms and some very sage advice I’ll forever take to heart.
A true icon who impacted generations around the world.
Rest in love, my friend. #imagination #stanlee 💫 pic.twitter.com/dw3FXMgyHp

You were a man before your time… now it feels like you are gone before your time. RIP Stan the Man… thanks for the laughs and words of support. It’s a honor to live in your universe! #MarvelKnight pic.twitter.com/1TXdPqUB3x

Rest in peace, Stan Lee. The many worlds of imagination & delight you created for humanity will last forever.

At age 7, I drew this weird portrait of Stan Lee and asked my Mom to send it to him. Thankfully she didn't because 30+ years later, I got to give it to the great one in person. Thanks for all the fun Stan #Excelsior pic.twitter.com/IpfYBSjWyf

We lost a real-life superhero today. Stan Lee was a visionary, who elevated imaginations across the globe. I’m grateful for the time I got to spend with him. Rest peacefully, Stan. pic.twitter.com/Ie2S18y0A0

He inspired millions with his myriad, “Marvelous” characters, from Spiderman to Black Panther, Thor to the X-Men. Legendary creator Stan Lee is dead at 95. But his stories will live on and continue to ignite the imaginations of generations to come. Rest with the stars, great sir.

I owe it all to you,,, Rest In Peace Stan… #MCU #Excelsior #legend #rip #stanlee #TeamStark

“Stan Lee was as extraordinary as the characters he created. A super hero in his own right to Marvel fans around the world, Stan had the power to inspire, to entertain, and to connect." –Bob Igerhttps://t.co/pLTKx1R0dF pic.twitter.com/Uj9fqHpZXg 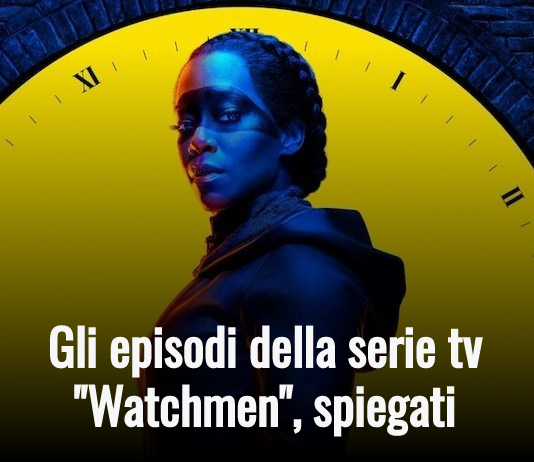