Thi Sunday I’m out with Luke Healy. Author of How to Survive in the North and Americana, Healy was born and raised in Dublin, Ireland, where he also received a BA in Journalism. He has an MFA in Cartooning from the Centre for Cartoon Studies in Vermont, USA. His work has been exhibited in the Museum of Comics and Cartoon Art in Manhattan.

Why did you pick this particular page?

To me, this page is a masterclass in simplicity. From the drawings, to the layout, to the straightforward language used in the captions, Porcellino is concerned with one thing; communicating a feeling. And what I find so impressive about this is how viscerally Porcellino communicates that feeling of being the only person awake in what is usually a busy place– a feeling that we all know– with so little.

I love Porcellino’s drawing here so much. How little he uses to indicate complicated details– to me it’s cartooning at the highest level. He gives you just enough to recognise what he’s trying to depict and nothing more. It demonstrates real restraint. In the third panel, for example, the car looks pretty much nothing like a real car, but we recognise it based on it’s key features, wheels, headlights and windows. The cat in the window doesn’t even have a body, it’s just a floating head. The fence and the grass, if removed from context would be little more than dashes in space, but because we see them beside a car on a road, we understand what they are. I think it’s really amazing.

Why did you pick this particular work and author?

I love Porcellino’s combination of restrained imagery and pure honesty, along with his poetic sensibilities. When I read his work, it feels like I’m getting a direct, honest communication from him, even if these comics were written years, or decades ago. From Lone Mountain I enjoyed particularly, because it is simply a sequential collection of King Cat comics, Porcellino’s zine, from a specific period of his life. This idea that simply recording your thoughts, and later collecting them, could build to such a cohesive, complete-feeling collection of work is both impressive and liberating. As someone who also writes autobiographical comics, having permission to believe that paying attention and recording your own life is enough was very inspiring to me.

Do you remember when and how you first discovered this work?

I first discovered Porcellino’s work through my friend and fellow cartoonist Simon Reinhardt. When we were studying together at The Center for Cartoon Studies, Simon recommended I read Diary of a Mosquito Abatement Man, which is another collection of Porcellino’s long-running King Cat comics. I really enjoyed it, but then when I further explored some of his work at the time, I found I wasn’t really interested beyond the one book.

Just last year, I was looking to read some diary comics, and was browsing through the shelves in a comics shop, saw From Lone Mountain and decided to give Porcellino another try. I loved it immediately.

Your style is very different from the one used by Porcellino. Do you think that you two have a different conception of what a comic book is or do you feel some kind of connection to his works?

I think my work is much more reliant on complicated structure, and literary allusion. In a way, I feel like his work is more elemental, and straightforward than mine, which I can sometimes covet. But ultimately, I do think that our work shares certain sensibilities– or perhaps, priorities is a better word. I think we’re both looking to express our inner lives in a similar way, and maybe like all artists, I think we’re both looking to communicate and connect with a reader in the most honest way possible.

Is there a lesson that you’ve learned as an author by him or do you just enjoy his works from a reader’s perspective?

I’ve definitely learned lessons from his works. His commitment to minimalism is really inspiring. After finishing my latest book, Americana, which I tried to draw so simply for the sake of time, I remember revisiting Porcellino’s work and just thinking “Ah, this is how to draw minimally.”

When I teach comics, I always show my students Porcellino’s work. I think they are a brilliant reminder of what comics are, at their core, about – communication. 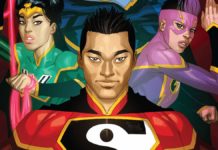 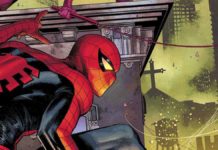 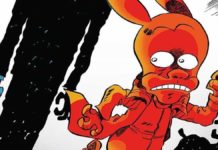 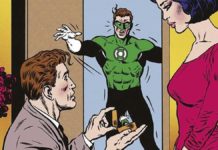 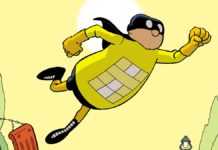