This Sunday I’m out with Mark Chiarello, comic book artist, colorist, illustrator and editor. He worked for Marvel Comics, Disney, Dark Horse (he was the first colorist of Hellboy) and DC Comics. For the latter he worked as editor developing projects like Batman: Black and White, Solo, New Frontier, Wednesday Comics and Before Watchmen. He also drew Heroes of the Negro Leagues, Baseball 100 and Batman / Houdini: The Devil’s Workshop.

I choose the splash page from the short story “Cidopey,” by Richard Corben, which appeared in “UP FROM THE DEEP” #1 (1971). In those days, I was an enormous Marvel superhero fan who refused to read anything else, so I had no way of seeing this classic ‘underground’ comics story.  My local library had a copy of the enormous book “The World Encyclopedia of Comics” by Maurice Horn, which, I’m ashamed to say I stole.  Through that book, I was exposed to a lot of European and Underground art and artists that I had never seen before.

Why did you pick this particular work and author?

This 8-pager is my favorite comics story ever.  It conveys everything that comic book artists and writers strive for in their stories: it’s sweet, charming, violent, sad, action & adventure packed. It makes so many comments on the human condition, all in 8 pages. Amazing.

Why did you pick this particular page?

In that book, was a color reproduction of the large, first panel.  It was SO striking and engaging, I couldn’t take my eyes off of it. I had never seen a brutally beautiful drawing like that before. There was a sense of lyricism and violence all at the same time. The characters were at once totally alien and otherworldly, and yet, so human and relatable.

Corben’s singular vision amazes me… his draftsmanship and storytelling, coupled with his experimental color sense and technique (he hand created his own color separations). He does what Jack Kirby did, creates a fantastical world that could only exist on the comic book page, and populates it with people like you and me, even if they don’t necessarily look like you and me.

Is there a lesson that you’ve learned as an author by him or do you just enjoy his works from a reader’s perspective?

Richard Corben’s body of work is nothing short of mind-boggling. His unbelievable creative vision puts him alongside Moebius, Jack Kirby, and Robert Crumb as a true genius of the medium. My own art style and approach is completely different from Corben’s. So much so, that I can take no professional tips or direction from it.  I can only look at it and enjoy it as a fan. 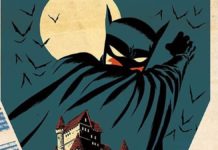 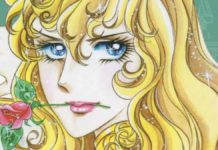 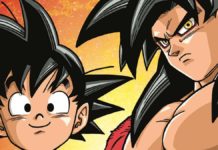 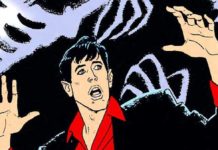 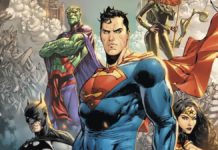